The mitral valve is the valve between the left chambers of the heart (left atrium and left ventricle). When this valve doesn’t work properly, it is called mitral valve disease. The most common mitral disease is a leaking valve (regurgitation); sometimes the valve can be narrowed (stenosis).

A leaking or narrowed mitral valve during the first stage of the disease can be asymptomatic, which mean it may not be appreciated. Only when it becomes severe, it causes symptoms like shortness of breath, tiredness, palpitations, dizziness and leg oedema (swollen legs). The mitral valve disease can be caused by several conditions, usually a mitral regurgitation (leaking) is caused by prolapse or rupture of one of its two leaflets or enlargement of its annulus (ring). Sometimes it is caused by other conditions like endocarditis (infection of the valve) or enlargement of the heart (functional mitral regurgitation). A mitral stenosis (narrowed valve) is caused by calcific degeneration (calcium deposits on the valve), which is often a result of a rheumatic fever as child.

Unfortunately, without treatment the mitral valve disease tends to progress rapidly and can cause heart failure and other serious conditions. That’s why is very important to intervene early. The best treatment for severe mitral valve disease depends on the pathology: for regurgitation (leaking valve) the best treatment is a surgical operation of mitral valve repair, which allows to preserve and fix the valve. Repairing the mitral valve is always the best option, because it gives the best results. For mitral stenosis (narrowed valve) unfortunately the valve can not be fixed and needs to be replaced with a new valve. The surgical operation is normally performed opening the breast bone, but it can also be done with a small cut (keyhole – mini thoracotomy). To repair the mitral valve (fix the valve), usually a ring is used to tighten the valve (annuloplasty ring) and sometimes new strings (chordae) to support the leaflets. When the mitral valve is damaged or narrowed, it needs to be replaced. The diseased mitral valve is excised and a new valve is implanted. Mr Alberto Albanese routinely performs mitral valve repair and replacement operations with excellent results. During his training he has worked in excellent mitral centres, where he has learnt different techniques for mitral valve repair. He has also attended several international conferences and training courses. 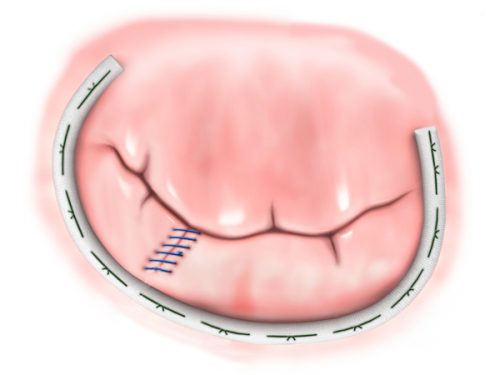 There are two option for a new valve prosthesis: mechanical and biological (tissue) valves. The mechanical valves don’t normally degenerate and usually last lifelong, but require anticoagulation (warfarin), a blood thinner. The tissue valves are made from animal tissues, pigs or cows, are similar to human valves; for this reason they don’t require warfarin, but unfortunately can wear away. Studies demonstrates that they can last 10-15 years and then need to be replaced. 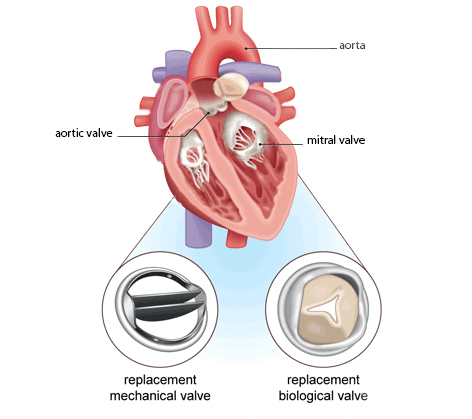 We use cookies to improve the site experience. By continuing to browse, you authorize their use.OkRead more